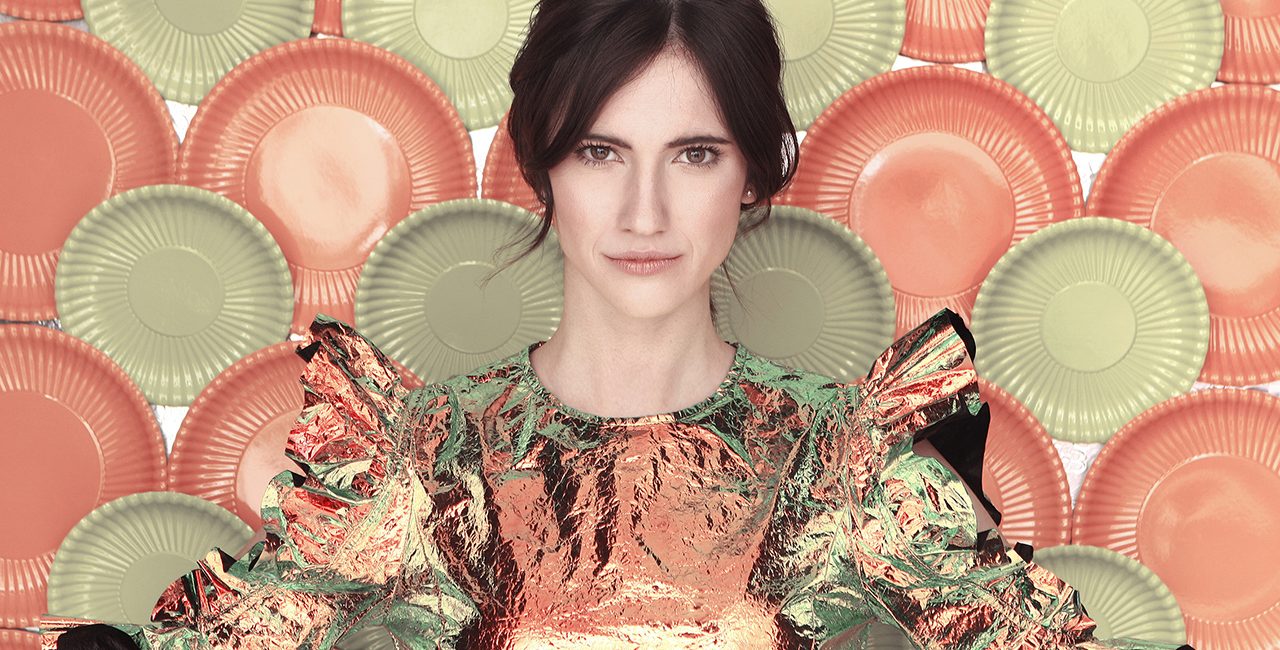 on air this autumn on foxlife (sky, channel 114)

Indeed, everything is all set for the launch of EXTRAVERGINE, the brand new 10-episode comedy series co-produced by Fox Networks Group Italy and Publispei of Verdiana Bixio.

Halfway between Bridget Jones and Sex and the City, two cults of the female universe, the “Carrie” of Extravergine is twenty-nine year-old Dafne Amoroso, a young, smart, ironic but also rather geeky, awkward woman on an endless quest to find love. Dafne works in the editorial team of the website of a women’s magazine, but her work and indeed her very presence appear almost invisible to her colleagues. Like many of her peers today, she feels under pressure for having reached this age without settling down yet, either romantically or professionally. But there is one thing more than anything else that makes Dafne truly different from other women her age: she’s still a virgin. For our leading lady, being a virgin has never actually been a choice, but more of a condition that is now making her life rather difficult. In a merry-go-round of misunderstandings, farcical situations and twists, her life will undergo a drastic change, transforming her from “loser” who risked being sacked to “sex goddess”, to such an extent that the magazine she works for makes her their resident sex columnist.

Dafne’s friend Ginevra and her colleagues Violante and Samira – three very different women who manage to find some common ground – ply her with advice every day, each in her own inimitable way, on how to achieve a feat she sees as impossible: losing her virginity at the age of thirty.

“The female-driven comedy is not currently a mainstream genre in our country, especially in television. With Extravergine, we have decided to allow an original Italian voice to take the floor,” states Alessandro Saba, Vice President of Entertainment at Fox Networks Group Italy. “The eclectic talent of Lodovica Cornello and the visionary outlook of Roberta Torre are two explosive elements of this all-female TV series. Courtesy of two such talented professionals, we will be tackling topics such as virginity and, more in general, sex, seen from a contemporary, ironic perspective, in the style of FoxLife.”

Verdiana Bixio, President of Publispei, commented: “We are extremely proud to be producing Extravergine with Fox Networks Group Italy, one of the most creative and innovative players in the Italian television scene today. Publispei has a long history of successes under its belt in the comedy genre for mainstream TV audiences and, on the wave of the confidence inspired by this know-how, we were excited to grab this chance and produce for a satellite channel for the very first time. Extravergine is a series written, produced, directed and played by an extraordinary team mainly consisting of women that will drag us screaming with joy into the world of Dafne and her friends, contemporary, sensitive, sassy women who are never to be taken for granted.”

“Extravergine is a lollipoppy, girly comedy about the women of today and the contemporary idea of femininity – states director Roberta Torre – part slapstick, part musical and part comedy of errors, in a bid to tell the story of sex as an element of desire, taboo and fantasy. This is my first experience in TV series and I’m delighted to be embarking on this project/adventure with Fox and Publispei.”