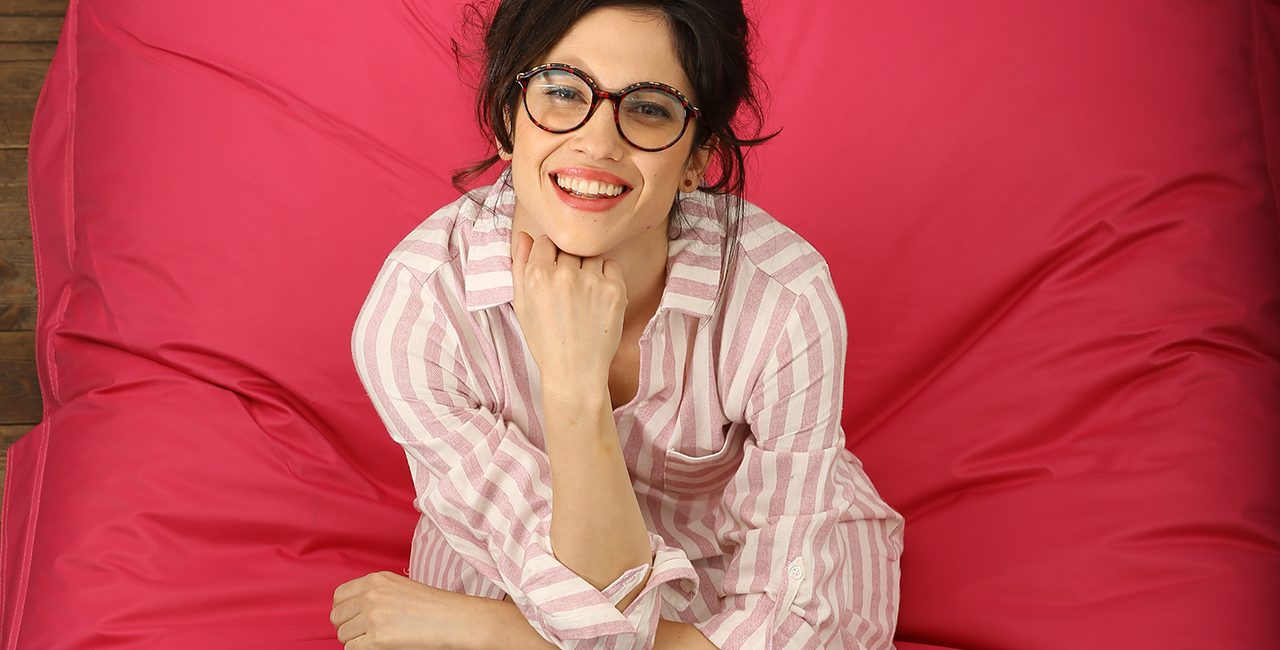 On air this autumn on FOXLIFE (Sky, channel 114)

Rome, 29 April 2019 – In Turin, filming is under way on the set of EXTRAVERGINE, the new 10-episode comedy series co-produced by Fox Networks Group Italy and Publispei of Verdiana Bixio, scheduled to go on air this autumn on FoxLife.

On the set in Turin – which will be moving to Milan in June – protagonist Lodovica Comello, directed by Roberta Torre (Tano da morire, Angela, I baci mai dati, Riccardo va all’Inferno), plays Dafne Amoroso, a twenty-nine year-old woman originally from Apulia now living in Milan and working for #Audrey, an über-trendy magazine, where she writes its “geekiest” column, the books section.

Dafne is smart and sassy, but also very shy and awkward at the same time, a nerd who finds it difficult to get through the day in a working environment where everyone thinks they are cooler than she is, and probably because they are right. And as if that weren’t enough, now, as she teeters on the brink of the thirty-somethings, Dafne is still a virgin.

Alongside Lodovica Comello in the cast of this all-female comedy we find three promising young stars of Italian cinema who play Dafne’s friends and colleagues. Three very different women destined to accompany and advise Dafne – each in her own unique way – as she attempts the impossible: losing her virginity at the ripe old age of almost thirty years old. Melissa Bartolini (Romanzo Famigliare, Non uccidere 2) plays Ginevra, Dafne’s flatmate, always in hot pursuit of the perfect boyfriend. Pilar Fogliati (Forever Young, Un passo dal cielo) is Samira, top writer at the magazine, a stunning, rich, sensual Arabian girl with an exotic charm that no one can resist. Stella Pecollo (Il Giorno in più, Riccardo va all’inferno) plays Violante, the magazine’s food blogger, whose sex life with her husband is non-existent.

The main cast is completed with Massimo Poggio (La finestra di fronte, La verità, vi spiego, sull’amore, Baby), in the role of Claudio, chief editor of the magazine, obsessed with keeping up with the times despite his age; and Stefano Rossi Giordani (Rocco Schiavone, Il Traduttore) who plays handsome photographer Lorenzo, who sweeps Dafne off her feet.

Amidst misunderstandings and farcical situations, Dafne’s life will change drastically over the 10 episodes of EXTRAVERGINE, transforming her from loser who risks being sacked to unwitting “sex goddess”, so much so that she becomes the magazine’s resident sex columnist. A comedy of errors somewhere between Bridget Jones and Sex and the City, offering an ironic, light-hearted perception of one of the great taboos of sexuality and woman’s unique power to transform herself and be born again.

EXTRAVERGINE is co-produced by Fox Networks Group Italy and Publispei. Directed by Roberta Torre.
The series bible is by Alba Calicchio and Daniele Malavolta. It is adapted by Chiara Laudani and Daniela Delle Foglie who worked on the screenplays, together with Bosi and Brugiati, and in the Publispei writing room with: Marta Storti, Giancarlo Germino, Camilla Tarducci, Maria Antonietta Carroni.
EXTRAVERGINE will go on air this autumn on FoxLife (Sky channel 114).
EXTRAVERGINE was made with the support of the Piemontese Turin Film Commission.