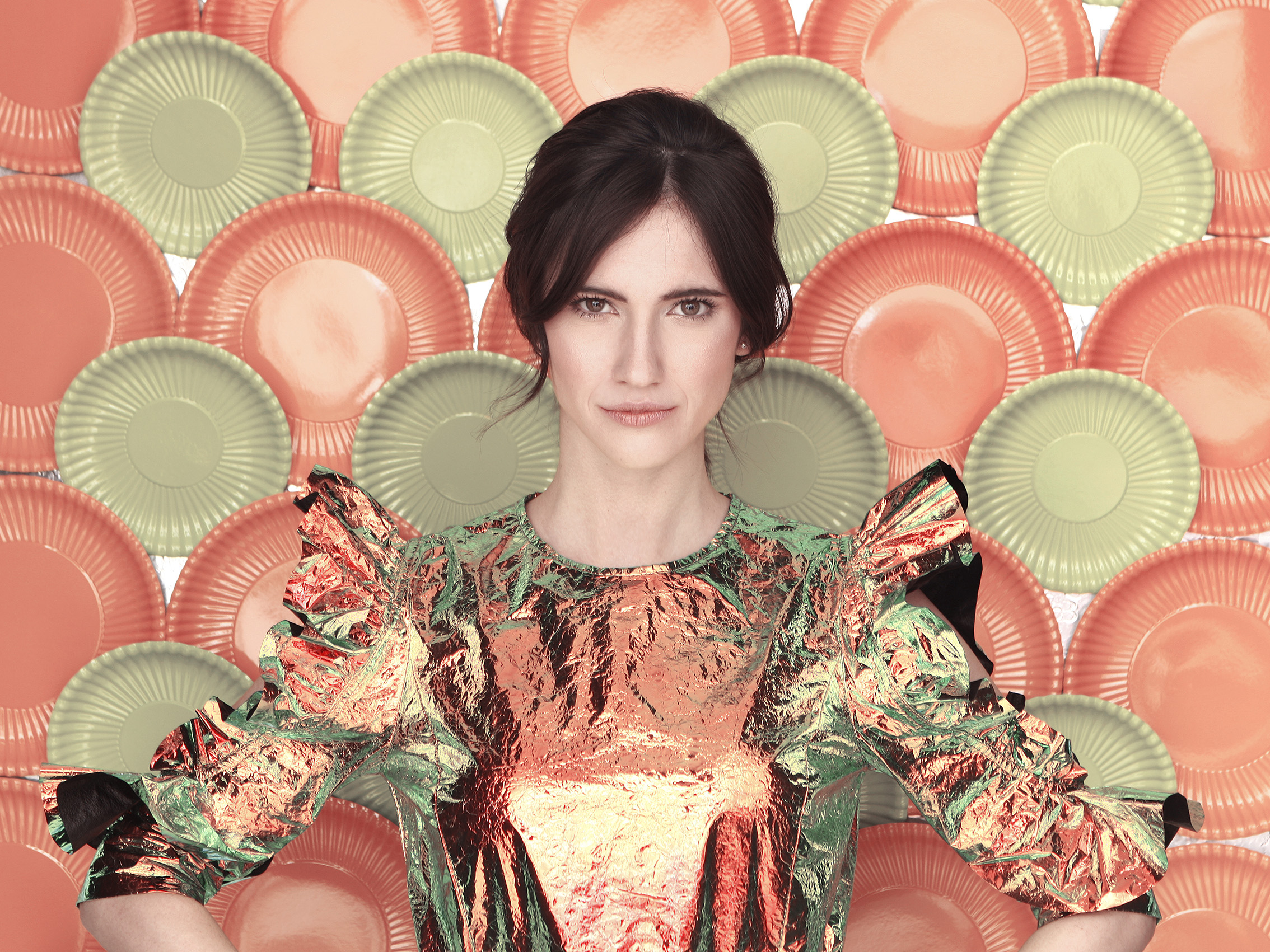 Dafne is 29 years old, she comes from Puglia and she writes for the most prestigious magazine in Milan – Audrey – dealing with the least popular section, the one about books. There is something that makes her feel different from everyone else: Dafne Amoroso, in her late 20s, is still a virgin.

Daughter of Irene, an intrusive mother of sexual morals extremely libertine – Dafne lives in a flat shared with her flatmate Ginevra, who is constantly searching for the perfect wealthy man to fall in love with.

Dafne, instead, is a shy girl keen on comics, books and videogames: a nerd who barely survives in Audrey’s editorial office, blending in as best as she can amongst the ultra modern screens of the open space office – where everyone, but just everyone, is cooler than her.

Starting with Samira, fashion specialist and the magazine’s flagship signature. Charming, rich, exotic beauty. She bewitches both men and women with whom she goes to bed in a random manner. Reaping likes and accumulating followers, Samira never misses the occasion to burden Daphne with a few scathing jokes.

They are part of the editorial office also Violante – food blogger in a loveless marriage, and Claudio, the magazine’s director, obsessed by being up with the times ( reason for why he employed three youth trends specialists, the teenagers Karma, Paolo Wong and Robertino)

Everything changed when Claudio announces cuts to the least followed headlines and, at the same time, Irene stops to provide financial support to her daughter.

Dafne is desperate and she goes shopping for a fancy dress to attend the office costume party, where she hopes to convince the boss not to fire her.

In the shop she meets Lorenzo, a handsome man with whom she has an argument over a Spider-Man costume, and she meets him again at the party.

And it’s right at the exclusive party, through a series of unfortunate events, she will find herself swapping costumes with a mysterious woman who’ll give her the costume of Marge Simpson.

At first Dafne is shocked and when Claudio calls her to his office she is absolutely convinced she’s getting fired.

However, a surprise is just around the corner: Claudio compliments her for the boom of views obtained and offers her the role of sex columnist for the magazine.

Everyone thinks the disinhibited Hot Marge on the video it’s her.

Dafne feels like she has no choice but to accept that job offer: she herself, still a virgin, is gonna write about sex.

The leading character will finally face her little problem, as her mother calls it, the virginity, venturing into the unknown world of sex, a journey in which perhaps, she will also find love.

This website uses cookies to improve your experience while you navigate through the website. Out of these, the cookies that are categorized as necessary are stored on your browser as they are essential for the working of basic functionalities of the website. We also use third-party cookies that help us analyze and understand how you use this website. These cookies will be stored in your browser only with your consent. You also have the option to opt-out of these cookies. But opting out of some of these cookies may affect your browsing experience.
Necessary Sempre abilitato
Necessary cookies are absolutely essential for the website to function properly. This category only includes cookies that ensures basic functionalities and security features of the website. These cookies do not store any personal information.
Non-necessary
Any cookies that may not be particularly necessary for the website to function and is used specifically to collect user personal data via analytics, ads, other embedded contents are termed as non-necessary cookies. It is mandatory to procure user consent prior to running these cookies on your website.
ACCETTA E SALVA